On December 1st, 2019, Ms. Katayama Hiroko - Chairman of Board of Directors of Okayama Institute of Foreign Languages, Japan, along with Ms. Kazue Hisada, Director of Global Research Institute, Japan visited and worked at CTUT to discuss implementing the content of the Memorandum of Understanding signed between the two sides.

The university honored to welcome Mr. Pham Thanh Van, Former Permanent Deputy Secretary of the Can Tho City Party Committee, Honorary President of the Vietnam - Japan Friendship Association in Can Tho city for participating along with Okayama Institute of Foreign Languages. 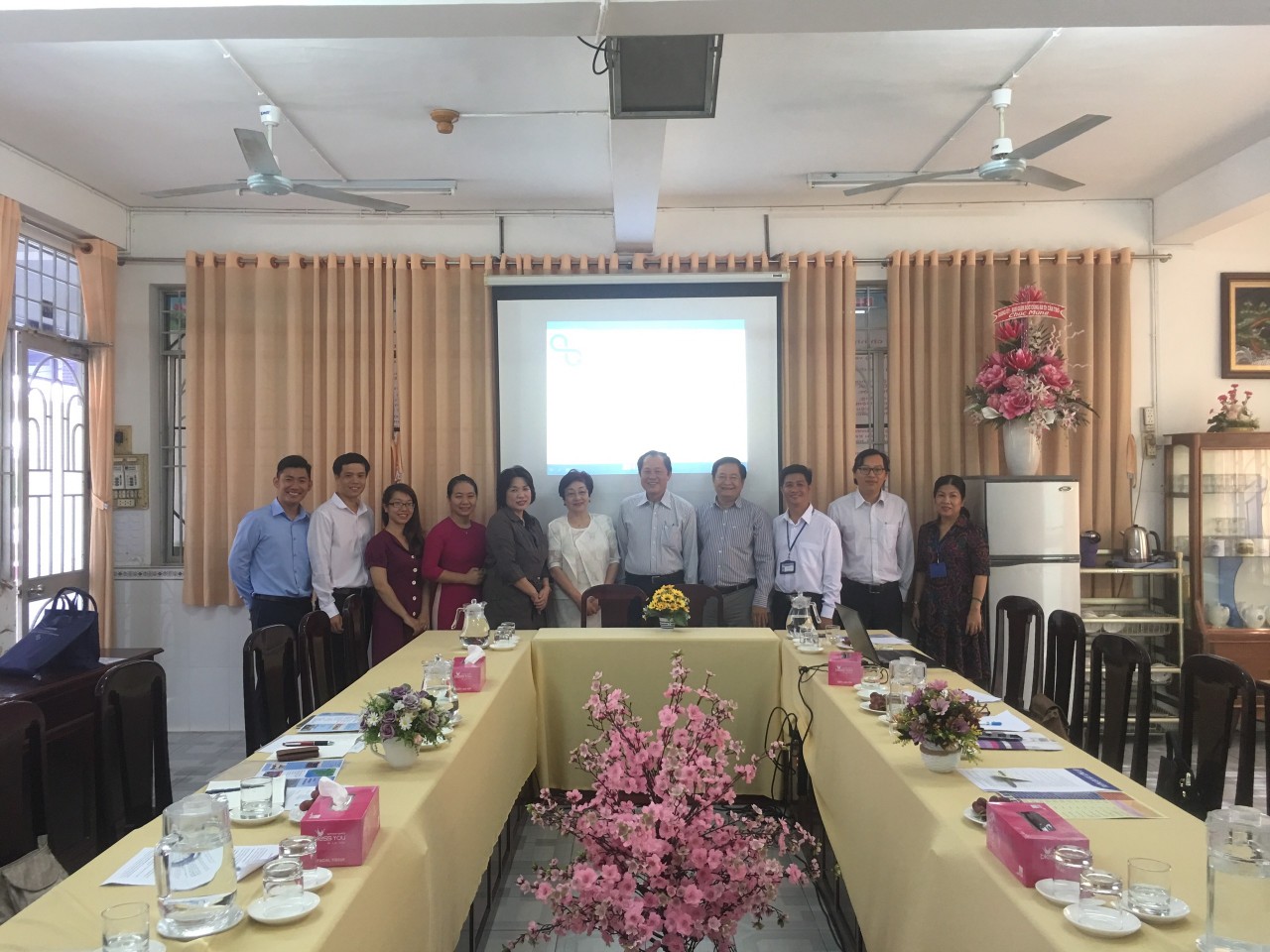 According to Ms. Kazue Hisada, Director of the Global Research Institute, training programs in Can Tho University of Technology are in high demand for labor in Japan. The institute and university discussed about introducing students of the University to Japan to work after graduation. This is the driving force that motivates students to increase their demands in learning Japanese.

During the meeting, Center of Japanese Language reported situation. Currently, the center is continuing to enroll students for the 2nd class N5 Japanese. It is expected that the class will be opened in December 2019.

In the near future, Okayama Institute of Foreign Languages will support the university to train teachers who will teach Japanese. At the same time, CTUT will coordinate with Okayama Institute of Foreign Languages ​​to organize a counseling session for its students to introduce learning Japanese language at the University and better serve their future job opportunities.

Department of Testing and Quality Assurance

Department of Organization and Administration

Department of Financial and Accounting Affairs